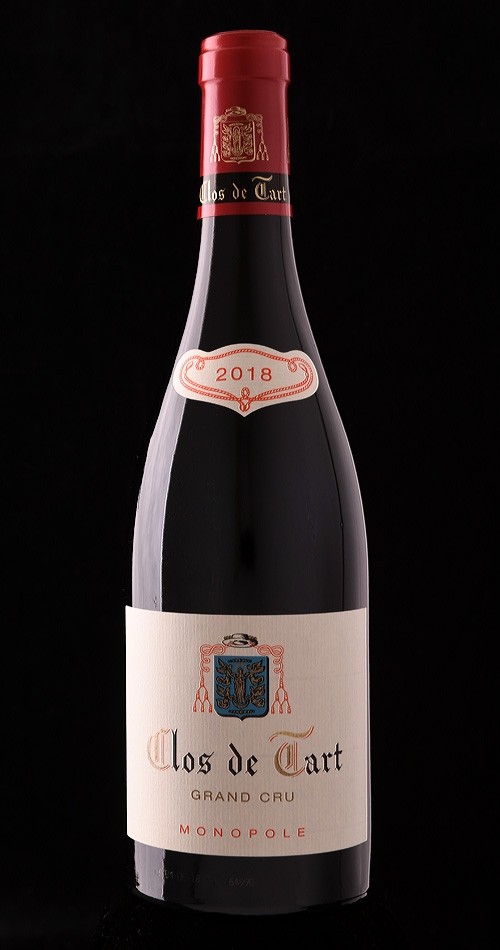 "Bursting with aromas of wild berries, kirsch, warm spices, maraschino cherries, cinnamon and creamy new oak, the 2018 Clos de Tart Grand Cru is full-bodied, rich and fleshy, with an ample core of ripe fruit, ripe acids and fine, powdery tannins. Stylistically—even though the domaine began the harvest on August 30—this is a heady, opulent and somewhat overbearing Clos de Tart that has more in common with the wines of the Pitiot-era than the 2015, 2016 or 2017 vintages at this address. Of course, it may become more dynamic with another winter in barrel, so it will be more than usually interesting to revisit this in bottle.

This was my first tasting with Alessandro Noli, the new régisseur of Clos de Tart. Noli previously superintended the Rhône's Château Grillet and before that worked at Domaine d'Eugenie in Vosne-Romanée. A new cuverie has been constructed and the cellars renovated, and it is clear that everything will change at this historic address—but more on that next year, as the wines I tased on this occasion had all been made by the previous régisseur, Jacques Desvauges, who is now installed next door at the Domaine des Lambrays. Desvauges harvested early in 2018 but nonetheless a few days after the Clos des Lambrays was picked, and the resulting wines are quite ripe, oaky and fruit-driven in style, nodding as much to the Sylvain Pitiot era at Clos de Tart as they do to Desvauges's 2017, 2016, or even 2015 vintages. Indeed, on the basis of this first encounter, the 2018 would rank as my least-favorite of Desvauges's four vintages here by some margin. But a definitive judgment will have to wait until the wine is in bottle next year, when I look forward to going into more detail about the changes at the estate, as well as tasting Noli's first wines."

"The 2018 Clos de Tart Grand Cru was picked from August 30, the earliest on record, with some previously included parcels now relegated to the Premier Cru. The blend was made at the end of May. With approximately 60% whole-bunch fruit and matured in around 80% new oak (this figure will probably decrease in the future). this has quite a floral bouquet with pressed violets and rose petals infusing the red berry fruit. There is just a hint of balsamic in the background. The palate is medium-bodied with sappy red fruit on the entry and fine acidity. Quite saline and spicy in the mouth, delivering satisfying depth toward the finish. This is a very capable Clos de Tart, though one that signposts even better vintages in the future as various improvements come into play."