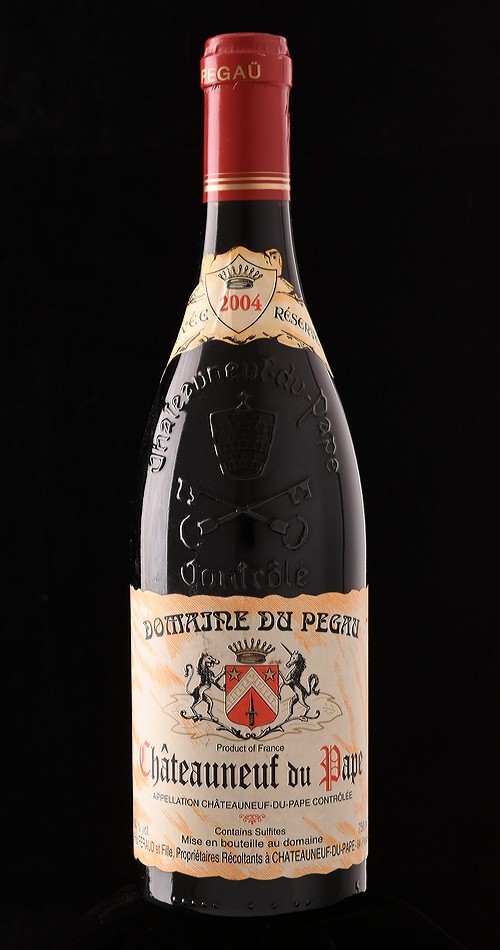 "One of the clear standouts in the vintage, the Feraud’s 2004 Chateauneuf du Pape Cuvee Reservee (which includes a splash of Grenache Blanc in the blend) offers both stunning aromatic complexity paired with a voluptuous, supple and downright sexy profile on the palate. Loaded with classic Pegau spice, tobacco leaf, saddle leather, cured meats and lavender aromas and flavors, this beauty has no hard edges, full-bodied richness and weight, and a seamless finish that keeps you coming back to the glass. A wine that hasn’t shut down since bottling, it should continue to evolve gracefully for another decade at least. This is one of those wines you don’t want to miss."

"One of the finest efforts of the vintage is the 2004 Chateauneuf du Pape Cuvee Reservee. There is no Cuvee da Capo in 2004, and as my commentary will make clear, they decided not to produce one in 2005. The 2004 Chateauneuf du Pape Cuvee Reservee has a dark plum/garnet/purple color and a big, sweet nose of kirsch liqueur, lavender, roasted herbs, and beef juices intermixed with some licorice and spice. It is full-bodied, rich, deep, spicy, and dense with some tannins in the finish. The wine is not as accessible as many 2004s, and I would opt for cellaring it for 3-4 years and drinking it over the following 15-20. It’s a gorgeous effort for the vintage.

I did taste a cuvee of approximately 4,000 bottles that Laurence thought had the potential to be Cuvee da Capo, but when I saw her she had decided to just blend it with the Cuvee Reservee. It is very tannic, much like the Cuvee Reservee, and not nearly the elixir that the 2003, 2000, and 1998 Cuvee da Capos were. In short, she made a good decision.

As a postscript, I did a vertical for some friends of some of Domaine de Pegau’s older vintages and to their amazement (not mine) we had one fabulous wine after another, including the 1981, 1983, 1985, 1989, and 1990. All of these wines were seemingly mature with the 1989 and 1990 obviously the two deepest and most concentrated, but all of them classic Chateauneuf du Papes with fabulous character, complexity, and richness. Life is too short not to drink abundant quantities of Pegau.

These are some of my favorite wines in the world, and also some of my favorite visits, largely because of the charismatic Feraud family, from the daughter Laurence to the father Paul. While the estate in Chateauneuf du Pape is approximately 47 acres, there are some other projects including their vin de pays, their vin de table, and new negociant label of Laurence Feraud, mostly Cotes du Rhones. Also, her long-standing partner, Mark Fincham, produces lovely wine from the Costieres de Nimes called Red Note."